This is the tenth issue of Best Scottish Poems, an online selection of twenty of the best poems by Scottish authors to appear in books, pamphlets and literary magazines during 2013.

It is in no sense a competition but a personal choice. This year’s editor David Robinson (books editor of The Scotsman) relished the immersion in poetry that his task offered; perhaps it was the contrast with the fast reading and quick judgements that literary journalism requires, as well as the inducement of tea and biscuits (he mentions cake, which isn’t an everyday occurrence at the Library!). The preceding years’ selections are still available on this site.

We hope that you enjoy this varied selection, along with the poets’ own comments and the editor’s, and that it will encourage you to browse further on the Scottish Poetry Library website, as well as borrow and buy from the Library.

In most of our lives, we reach the stage when we have to admit that only in our dreams will we ever get to hear Kirsty Young ask us which records and books we have chosen to take to that celebrity-ridden desert island.

For me, there was a similar level of unreality about being asked by the Scottish Poetry Library to pick the 20 best Scottish poems published last year. And though I could instantly think of a whole pub-full of people (poets, mostly) far better qualified, I wasn’t going to protest too much, because …. because who would? Who in their right mind would turn down the chance to read every single published poem written in the course of a whole year in Scotland? How many people ever get the opportunity to lose themselves in the chapbooks, magazines, anthologies, e-books and p-books by Scottish poets, with no demand on them other than that they ferret out the wiliest, wisest or wonderfullest words they could find?

So, for weeks on end, I read nothing but poetry. Normally, poetry fits into my life the way it does for most people, and involves dipping into the odd slim volume in equally odd slivers of time – not reading it for most of my waking day. At first, when I did so, I felt rather like Dickens’s Silas Wegg, who, when agreeing to read aloud every evening for half a crown a week, said that he’d have to charge Mr Boffin double that for poetry ‘on account of the amount of strain on the intellect’.  Granted, Wegg (in Our Mutual Friend) is a notorious chancer, but he hit on something there. Poetry is harder. It demands more of a reader: more attentiveness, exactness and concentration, more of a readiness to follow words off the beaten tracks of ordinary meaning or images at a slant to everyday reality. Above all, it demands more time. You can’t plough through poetry without poetry ploughing through you. Breaks have to be taken, reading slowed down. Poems – all hundreds, or maybe even thousands of them (I never counted) – have to be given time to settle.  I could no more read poetry without taking a break (say every hour) than I could enter a marathon eating competition and retain a taste for food.

At the Scottish Poetry Library, librarian Julie Johnstone had assembled what seemed like every last fragment of published poetry produced last year in Scotland and put it on a three-shelved trolley.  If, like me, you only read at normal speed and slow right down for poetry, a trolley stacked with poetry is a particularly intimidating piece of furniture. Intimidating, but also intriguing, as it contained the wonderful possibility of discovering poetry by poets I’d never even heard of but which spoke directly to both heart and head.

That, of course, begs the question of what I was looking for in the first place. A fair question, but one that’s hard to answer fully without defining poetry, and that’s something that has stumped  better minds than mine, not least because the best poetry is usually about the undefinable. The usual get-out answer is ‘I know it when I see it’, but all the same, some criteria about what didn’t work for me started becoming clearer after the first few days.  So many poems I read were simply descriptive prose, slightly rearranged, while at the other extreme, some spoke only to themselves, without making the slightest effort to involve the reader. If those got the cold shoulder, so too did those that took on habitual themes in predictable ways (‘We buried Dad in autumn, the falling leaves aswirl’ etc).  I wasn’t deliberately hunting out poetry that moved away from its usual subject-ghettos (first love, last rites and only extremes of emotions in between), but I probably did raise the bar a quarter of an inch for those poems all the same.

What counted was if I couldn’t imagine a poem being bettered. When you read Kathleen Jamie’s words for the Bannockburn Rotunda, you feel them already starting to take a grip on your memory, but you also breathe a sigh of relief: they just feel right and I can’t imagine them being improved on (maybe they could, but I can’t imagine it). I was also looking for poems that made me look at their subjects in a new way. When you read Robin Robertson on childhood, you can see how he has blown apart the usual clichés of nostalgia, just as J.O. Morgan has taken an insignificant battle between Anglo-Saxons and Vikings and reimagined it in a way that makes it play out in your mind as if it were happening right now.

What does this selection tell us about Scottishness? Not a lot: that’s not the point of it, though W.N. Herbert’s ‘Rabbie, Rabbie, Burning Bright’ is certainly a reminder, even when comically distorted for our own times, of that common culture. But the more you read, the less easy punditry becomes: even the Herbert poem I chose, for example,  is hardly typical of the two Omnesia books he published this year, which stride off with utmost confidence across cultures in lands almost as far away from Scotland as you could get. And how do you even begin to categorise Russell Jones’s attempt to get inside the mind of an ant, Andrew Greig’s poem about taking a piss on an island off Orkney, or Kona Macphee writing a poem about the death of an android in LA in 2019? What’s the common denominator in that lot – apart from a confident, untrammelled imagination?

Previous editors have bemoaned the absence of poems about the everyday modern world, that they didn’t see a single poem about the internet, for example. To some extent that remains true: we’ll be waiting a long time, I suspect, for the great poem about everyday life in a Falkirk accountant’s office. But all the same, I’ve a feeling that poets are slipping the leash and starting to get stuck into laptop culture (and why not, since they usually write on the things?). There’s a Facebook poem by Theresa Muñoz in this selection, and if I had been out to make a point, I could easily have included poems about gaming and waiting for the internet connection, both of which impressed me hugely and both of which I feel slightly guilty about not including.

All of these poems – and plenty more – were among the delights lying in wait for me on that poetry-filled three-shelf trolley. After a few days of being intimidated by the trolley, I started to relish the challenge. And by the end, when there was less and less on it that I hadn’t already read, I was starting to treasure those quiet hours reading in the Scottish Poetry Library. (Quite apart from anything else, it’s the only library where I’ve ever been served tea and cake while reading.)

So yes, I’ll miss that slowly emptying trolley. It’s the size of the smallest desk you’d ever find, yet it contained an enormous slice of the nation’s imagination. Someone should write a poem about it some day. Until they do, I hope this is the best guide to its best contents and that you’ll enjoy reading these poems every bit as much as I did. 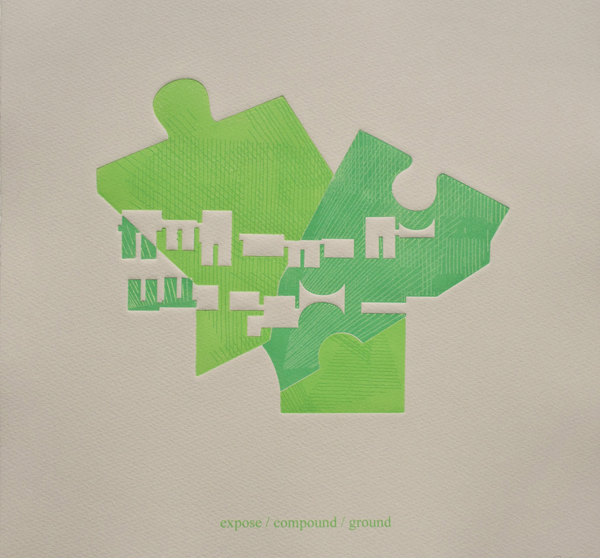 Put together without defence gnash teeth

‘Put together without defence gnash teeth’ was created as part of a collaboration between poet nick-e melville and printmaker Mark Doyle. The project focused on the etymologies of printing terms – etch, press, print, etc. – as starting points for visual poems, and culminated in the creation of three mixed-media prints that were exhibited as part of The Written Image at Edinburgh Printmakers, in their collaboration with the Scottish Poetry Library.

Mark Doyle is a mixed-media artist living and working in Edinburgh. He works in an eclectic range of disciplines, from sculpture to digital processes, and has a particular interest in experimental printmaking techniques.

nick-e melville is a found and visual experimental poet. His publications include selections and dissections (Otoliths, 2010), junk mail (if p then q, 2012), me (P.O.W series, 2014) and ALERT STATE IS HEIGHTENED (sadpress, 2014). He teaches creative writing and is currently working on a PhD in creative writing at the University of Glasgow.