This is the eighth issue of Best Scottish Poems, an online selection of twenty of the best poems by Scottish authors to appear in books, pamphlets and literary magazines during 2011.

It is in no sense a competition but a personal choice, and this year’s editor, Roddy Lumsden, is an experienced anthologist with a keen eye for fresh talent, so there are quite a few new names in his lively selection. The preceding years are still available on this site. We are delighted that novelists Louise Welsh and Zoe Strachan have agreed to co-edit the 2012 edition.

We hope that you enjoy this varied selection, along with the poets’ own comments and the editor’s, and that it will encourage you to browse further on the Scottish Poetry Library web site, as well as borrow and buy from the Library.

Inevitably, seeking a way to introduce this choice of the year’s Scottish poems, I clicked back to see what previous selectors had written. Some had dealt with their discomfort around ‘best’ – whose best, what best, why best? This is a knotty issue for me too, not only here, but in my capacity as series editor of Best British Poetry, a new annual selection from a wider geographical field, though it sticks to poems which have first appeared in non-book form: journals, papers, online magazines etc.

Despite dealing with ‘the B word’ early on and, I hope, emphatically in my introduction to the first volume, even some favourable reviewers expressed caution with regard to it – it seems we are operating within an art without levels of merit. Really, as a term, Best (Whichever) Poetry (deriving from the high-selling Best American series) is a deliberate mix of marketing (yes, we need such a thing in what must be a commercial art form as well as a solitary pleasure) and provocation.

I have a strategy which I use, when anthologising, especially as sole editor. To my own baseline of do I like it? I add a notional will you like it? where ‘you’ is a mix of the informed and the casual reader. Ed. Lumsden / Consensus, so to speak. I also try hard to reimagine myself as casual reader, feet up, with a mug of beer and a slim volume, rather than that scowly skim reader, Professor Lum, in the library, with the large pile of reading matter to suffer through.

When preparing the manuscript of Identity Parade, the Bloodaxe anthology which focussed on new poets of the ’90s and ’00s, I was carefully reading six books a day, most days, for close to two months. Such ‘hyper-reading’ as I call it can be unnatural. You become over-critical – aspects of a writer’s style which charm suddenly seem predictable and contrived. You start to notice images and metaphors which at best might be thought of as ‘culturally collective’, at worst (and anthologising tempts the worst in you!) downright lazy: there seems to be a great deal of homogeneity. You long to find a book or journal which does not have a sky, like a page of snow, across which the starling flock is wheeling.

Which brings me to subject matter. Previous editors here have bemoaned a lack of poems which engage with contemporary life: politics, technology, work. My selection returns to familiar themes of love, death, nature, memory yet also deals with conflict, sexuality, popular culture and, I see now, looking at the poem titles in a list, quite a bit of the self, that poor thing that has been chided out of poetry by critical theory, and after decades when it was, admittedly, overindulged. I tried to cast wide for poems – many of them come from magazines, not books, and the publishers involved in the latter range from large houses, to independents, to the one-person presses which help the art to thrive.

Thankfully, having wrestled with both ‘best’ and ‘poems’, I didn’t have to concern myself too much with questioning the second word in Best Scottish Poems. In the end, there are surprisingly few poets here who live (as I do) outside of the country. There are more here who were born outside of the country but reside there nowadays. Age remains an issue – there is barely a handful of poets here under 40 – since, though the hugely promising Niall Campbell has ended, at last, the Eric Gregory Award drought (no Scot had won since the mid 90s and we had averaged one awardee a year for close to two decades before that), there still seems to be a lack of new poets, establishing their reputations, who were born from the early ’70s onwards.

So, please have a look at what myself (and old Concensus) have chosen and I hope you find enjoyment and intrigue here. 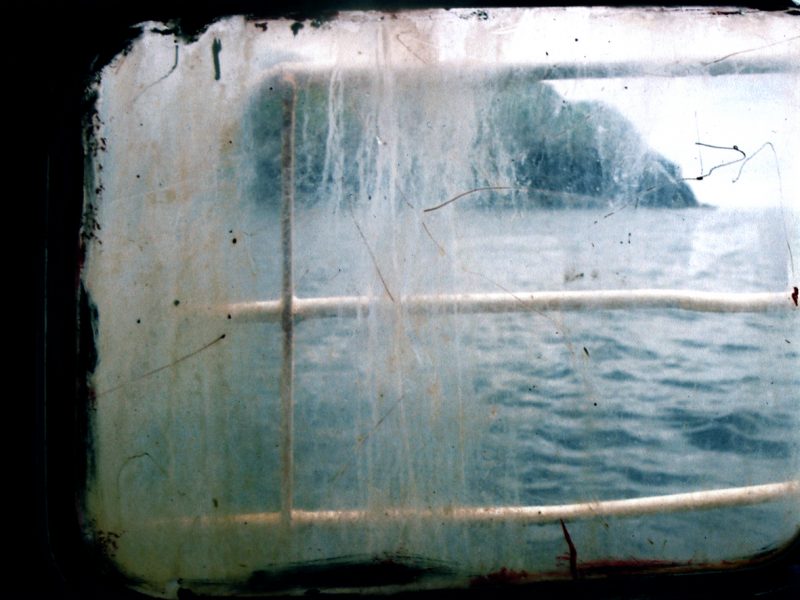 ‘This image is part of a series made in Erris, County Mayo, Ireland, where a community have been resisting the installation of a gas pipeline for over ten years. The project is about my attempt as an outsider to understand the complex web of shared narratives, historical and current events that inform a sense of place for the people who live there. I’m also interested in the extent to which photography can convey something that sits so invisibly in the landscape.’

Alice Myers graduated from Edinburgh College of Art in 2008 and received the Jerwood Photography Award in the same year. Her work has since been published in the Guardian Weekend Magazine and 1000 Words magazine. She worked as a photographer for four years, pursuing projects in Ireland, the USA and Mexico. In 2011 she received a CABN/Scottish Arts Council Visual Artists’ Award to begin a new series on the WW2 tank defenses at Longniddry, East Lothian. Currently, she is studying for an MA in Photography at London College of Communication.